A big thanks to ThatGuy for compiling many of the stats found in this article. Check out his work in the #pinned channel in my Discord.

Below are some screenshots:

Moreover, XL added a series of quests that serve as a continuation of the quest-line from the Eastern Hiram Mountains. XL also added 30 new mob types to the area, as well as 8 new background music pieces.

Finally, XL added a Thief Mole mob (Pictured in the image below) to the area that has a small chance of dropping a loot box that gives the player anywhere between 10 to 150 gold, and contains either a Copper, Silver, or Gold Key. 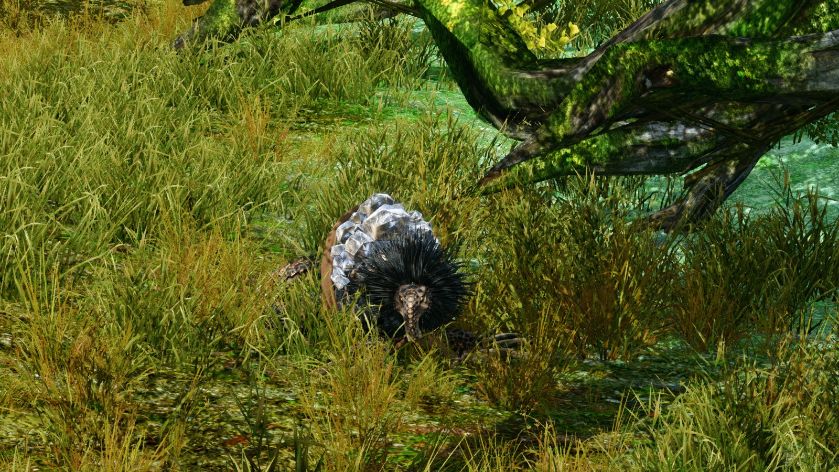 The maximum Ancestral Level has been increased to 55 from 34. XL also added a catch-up mechanic for levels with this patch, which applies from Ancestral level 1 and works by taking the average of the top 20 highest leveled players on your server, and adding a 5% experience gain per level above yours to killing mobs. This effect stacks up to an additional 150% experience gained.

With this also comes a leaderboard for the highest leveled players across all servers.

Tier 4 Hiram Equipment, or Noble Hiram Equipment, was added with this update. Tier 4 Hiram starts from Epic grade and has a maximum of Mythic grade. Players can obtain Tier 4 Hiram gear in basically the same way as they did with Tier 2 and Tier 3 Hiram: by awakening it with a special scroll. This scroll is a Tier 3 Hiram Scroll, and it has a 10% base success chance, with a 5% chance increase fail-stack per fail. Item crystallization is possible when using this scroll, as well as Temper decrease by up to 2, but like with other Hiram Scrolls, the Temper cannot decrease below +20. It costs 50 of these Scrolls and 300 Labor to attempt to Awaken a piece of Tier 3 Hiram gear to Tier 4. Players can obtain these from dailies in the new Eastern Hiram Mountains or by crafting, the recipe of which is 5 Tier 2 Hiram Scrolls and 5 Labor.

Players can also attempt to awaken their Tier 3 Hiram gear by using a Noble Awakening Scroll, which has a 30% base success chance, and a 10% failstack, and guarantees no item crystallization and no Temper decrease. It costs 1 Noble Awakening Scroll and 300 Labor to attempt to Awaken a piece of Tier 3 Hiram gear to Tier 4. Players can obtain one of these with 150 Tier 3 Hiram Scrolls and 1 Noble Runescribe Quill. The Noble Runescribe Quill is obtained from the following recipe:

All stats of Hiram Gear can be found on this page. Nevertheless, below are all stats.

Do note that Awakening Erenor gear is only for Erenor weapons and armor, so jewelry and cloaks cannot be Awoken.

XL added an Agility-based Leather Armor set that drops from Alexander in the Ayanad Abyss Library dungeon (You can find all the stats here). The armor has the same stats as the Melee Leather, but has Agility instead of Strength, and has the following set bonuses:

You’ll notice that this is the same set bonus as that of the Melee Leather set, so its only difference is that its Agility-based rather than Strength.

XL added a new battle pet called the Elam that is obtained through completing a category of achievements (Collecting all Battle Pets). This achievement category also rewards a Battle Pet Pouch, which can store up to 30 Battle Pets. Going back to the Elam, the Elam is an untargetable battle pet much like the Bloomfang, but instead provides a number of temporary buffs. The Elam has 3 abilities:

These abilities can be cycled between, but cannot be used simultaneously as only one can be selected at a time. The cooldown for switching between them is 30 seconds, and after using one, the selected ability goes on a 1-minute cooldown.

XL has once again changed the Freshness system for Commerce, changing both the freshness time and gold value of trade packs depending on the freshness, making it overall less punishing. The changes are in the tables below, with changed values marked in red.

In addition, XL adjusted the crafting materials and sale prices of Fellowship Packs, changing the required Labor required per pack from 80 to 180, the material required in quantities of either 150 or 160 (Such as Ground Grain) to 300 per, but increasing the sale price of such packs from 30 Gold to 45 Gold per (Disregarding Freshness).

If you have any questions, please feel free to ask them in the Comments section below, and be sure to join the Discord and follow our Twitter for the latest news!

This site uses Akismet to reduce spam. Learn how your comment data is processed.

Omnom is a specialized site for Archeage patch notes from Korea, dedicated to bringing you the latest, freshest, and most reliable information about the MMORPG.

On Omnom, you’ll find in-depth articles covering all the aspects of the latest patch for Archeage, with info directly translated from XLGames.

If you have any questions, feel free to reach out on any of the social media platforms below. Discord is preferred!